In 1867, the Garden Creek property was purchased by Pingree Plott for agricultural use. The land that Plott owned covered Mounds No. 1 and No. 3. Mann S. Valentine, an artifact collector looking to find sites in south-western North Carolina, requested that Plott allow him to excavate the mounds on the property, but Plott declined and stated that he wanted to "let the dead rest". However, Plott's neighbor, who owned the area that covered Mound No. 2, did not object to the Valentine family excavating the mound. Valentine and his sons dug into the mound, disturbing the monument and removing abundant materials. Mound No. 2 was excavated until 1915 to the point of appearing to no longer contain any artifacts. 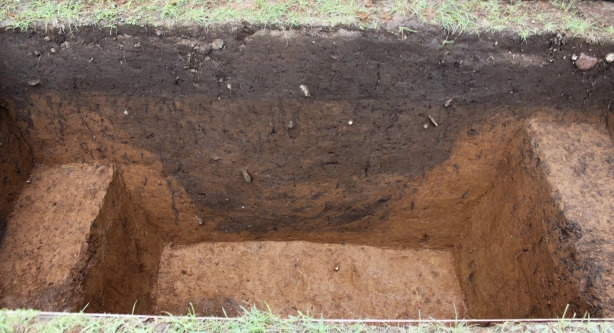 Archaeologists now recognize that it is very important to appropriately conduct archaeology. At many sites, damage from looting and other interactions with the site by non-Indigenous inhabitants can be observed. At Garden Creek, archaeologists found evidence of both looting and the agricultural use of the site in the 19th century. This unit wall from the GCAP excavation (2012) reveals the damage at the upper layers of the site (the plowzone).

Unfortunately, the looting that occurred at the Garden Creek site is not uncommon at North American archaeological sites. Looting and grave robbing destroy important data that can be used by archaeologists, historians, and researchers, but much more importantly, it is the theft of Indigenous cultural patrimony. Because of the history and continuing problems with looting and site damage, the Native American Graves and Repatriation Act (NAGPRA) was signed into federal law in 1990. The image on the left is a currently active subsection of NAGPRA; it addresses the unintentional finding of burial or grave goods/buried individuals. The law outlines the conduct, procedures, and penalties for archaeologists or anyone else who intentionally or unintentionally finds a burial or grave affiliated artifacts while excavating. 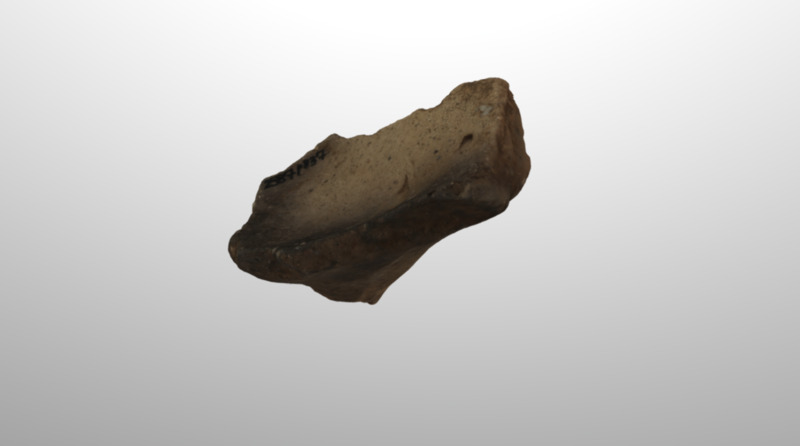 Heye excavated various artifacts that had characteristics associated with specific times and locations. This ceramic vessel foot is arguably the sherd of a tetrapodal vessel from the Middle Woodland Period, during the Connestee and Pigeon phases. Archaeologists of the later excavations debated his findings, but regardless, having access to his research as well as the artifacts contributed to archaeologists' broader understanding and analysis of the site.

Before you Pick up that Artifact:

Although picking up artifacts on your own private land is not illegal, casual collecting can remove important evidence from sites, making them much more difficult for archaeologists to locate and interpret. Collecting artifacts can also erase traces of Indigenous history from the landscape, which impacts contemporary descendent communities and prevents engagement with the wider public. Think before picking up artifacts that you find and consider contacting local archaeologists; you could get the opportunity to witness an excavation like the GCAP in your own neighborhood!