Who Occupied Garden Creek When? 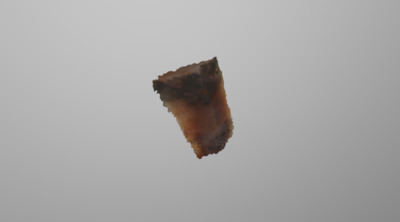 Nonlocal artifacts and raw materials, such as this lithic blade created from Ohio flint, were excavated from the Middle Woodland component of Garden Creek (GCAP 2012).

The history of the United States prior to 1492 is organized across different times and locations. Similar to geologic timelines, it can be broken down into periods and phases. The periods that the Garden Creek site addresses are the Middle Woodland and the Mississippian, specifically the Appalachian focus of these periods. The phases that archaeologists refer to when discussing the site are Pigeon, Connestee, and Pisgah. 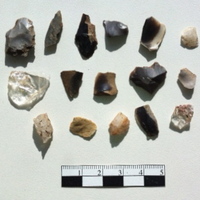 A collection of some of the lithic (i.e. stone) artifacts to scale that were excavated at Garden Creek. 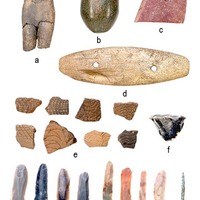 A collection of Hopewellian artifacts that were excavated at Garden Creek Mount No. 2. 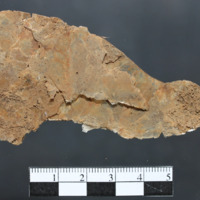 A scaled photo of mica (a mineral found throughout North Carolina) excavated at the Garden Creek site. 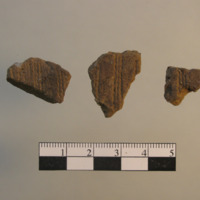 Photograph taken of ceramics excavated from Garden Creek with a scale included for reference.

Periods and Phases of Garden Creek

Features from the Middle Woodland Phase can be seen developing on this animated ground penetrating radar map. Recording the stratigraphy and context of sites enables archaeologists to determine chronology and temporality (GCAP 2012). 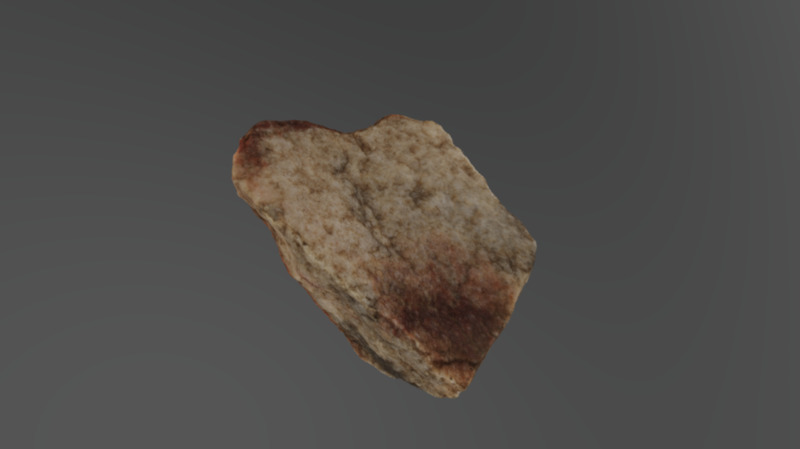 A lithic artifact showing evidence of oxidation (exposure to fire), excavated from a posthole during the Garden Creek Archaeological Project (GCAP 2012). 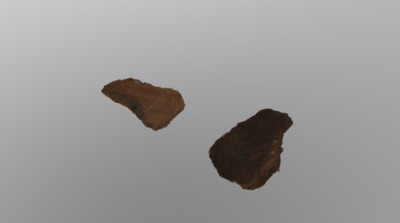 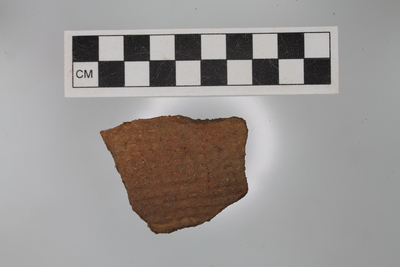 A Connestee check stamped ceramic sherd from Mound No. 2 (GCAP 2012). 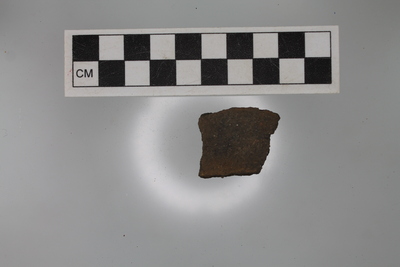 The exact timeline of the Middle Woodland Period varies from place to place, but the generally acknowledged timeframe is between 300 BC and AD 200 across eastern North America. The Middle Woodland phases specific to the Appalachian Summit are called Pigeon and Connestee.

The Pigeon Phase dates to 300 BC to AD 200 and is primarily characterized by a particular style of pottery. The Phase is indicated through ceramic artifacts bearing the "Pigeon check Stamped" patterns. The ceramics are frequently tempered with chunky, crushed quartz and decorated with check stamping. These ceramics are easy to identify, not much else is understood about a specific Pigeon Phase because Pigeon ceramics are frequently found out of their original context.

Much of what is known about the Connestee Phase can be attributed to the excavations at Garden Creek. The Connestee Phase lasted from AD 200 until AD 800. Connestee assemblages include thin-walled pottery vessels tempered with fine sand and decorated with a variety of surface treatments (e.g. plain, simple-stamped, brushed). 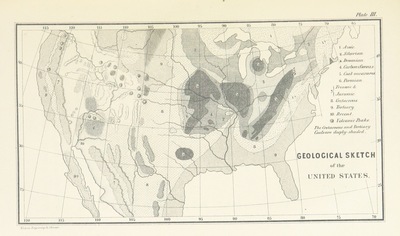 A historic geological map of the extent of the Mississippi Valley and its natural resources.

Map courtesy of the British Library, 1869

The Mississippian period unfolded across the Eastern Woodlands between the years AD 800 to AD 1600. This period coincides with the spread of Mississippian culture across the region, southward and eastward from the central Mississippi Valley, including maize agriculture, extensive trade, dense settlement, and platform mounds. The Mississippian Phase specific to the Appalachian Summit is called Pisgah.

The Pisgah Phase began in AD 1000 and continued until AD 1450. The Pisgah Phase is identified both through sites, as well as through ceramics. The Pisgah Phase is characterized by certain kinds of sites and pottery. The Pisgah sites vary in size, from small family farmsteads, to village centers, but they share similar sort of architecture and activity areas. Pottery in the Pisgah Phase is unique when compared with pottery from other phases in the Southern Appalachian Summit. It consists of vessels with decorated, collared rims, and rectilinear (complicated or simple) or checked stamping.