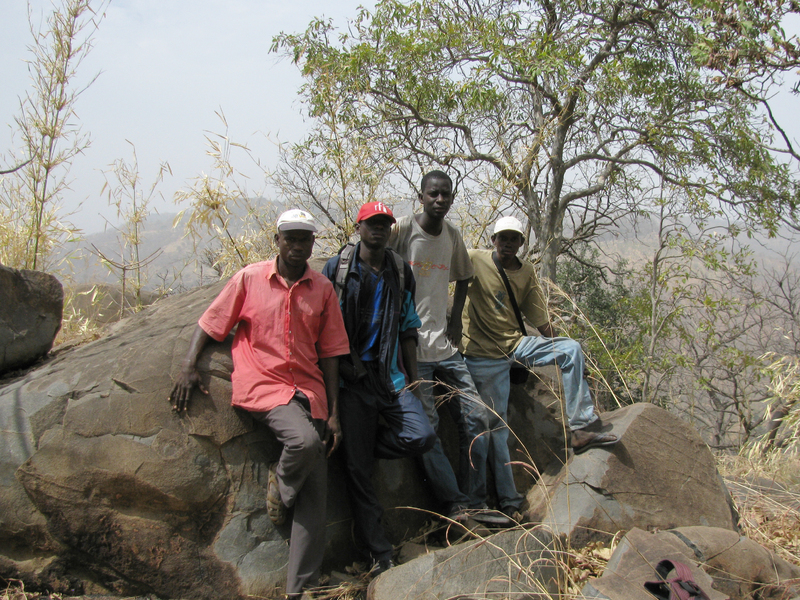 Members of the 2013 BRAP team at the ancestral site of the Kante family on the eastern Bandafassi Plateau. From left to right: Mamadou Diallo, Djiby Tamba, Massar Sarr, and Jean-Pierre Camara. 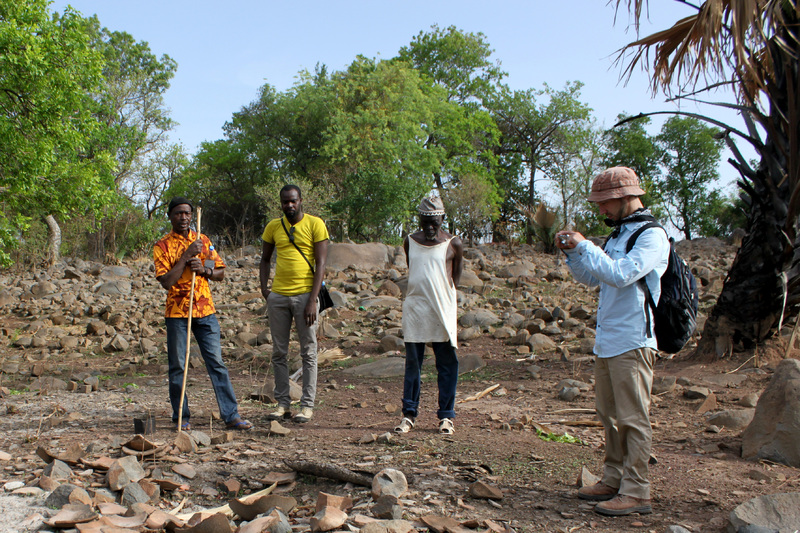 Members of the 2015 BRAP team and local guides documenting a pottery-firing pit outside the village of Ethiowar. From left to right: Marc Keita, Adama Athie, Oumar Keita, and Matt Kroot.

Cameron Gokee and Matthew Kroot directed a four-week archaeological field school sponsored by the Institute for Field Research, bringing together nine students from universities in the US and Senegal and local guide Felix Keita (Tenkoto). Research focused on systematic survey around the Bandafassi Plateau and excavations at the sites of Yoro Moussou and Heramakonon. Supplemental funding for this field season came from the University Research Council at Appalachian State University. 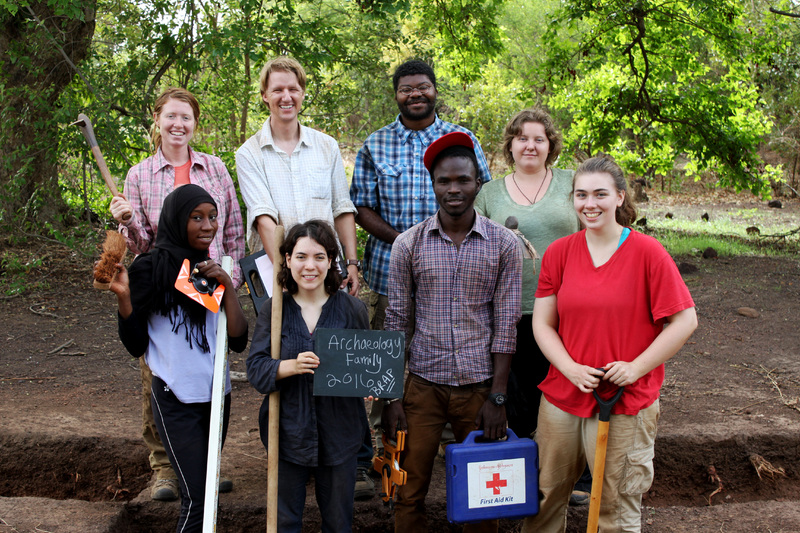 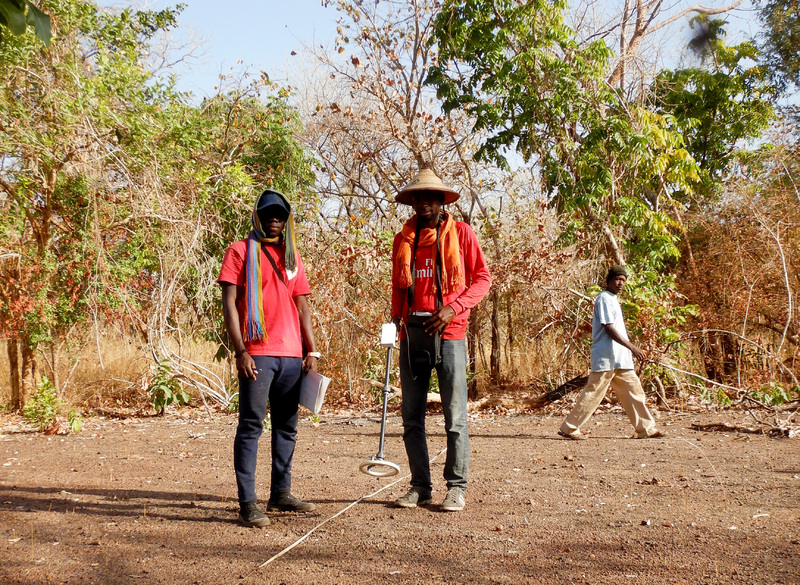 Beginning with a three-week season in April-May, Gokee teamed up with assistant field director Fodé Diakho (IFAN-UCAD) for systematic survey along the west bank of the Gambia River. During a subsequent four-week season in November-December, Kèlètigui Doukouré (Université Julius Nyéréré de Kankan, Guinea) led reconnaissance to document oral histories and heritage sites across the region, while Gokee and Diakho directed shovel-testing and test excavations at five sites around the modern villages of Nathia, Andiel, Ethiowar, and Itato. For the final week of fieldwork, Dana Drake Rosenstein (University of Arizona) also joined the team to collect ceramic and soil samples from these sites for thermoluminescence (TL) dating. Additional personnel included eleven graduate students from IFAN-UCAD, the University of Chicago, and the University of South Carolina, and the fifteen local men who assisted with excavations. Funding for this stage of the project came largely from the US National Science Foundation (BCS#1842204), with supplemental support from Appalachian State University. 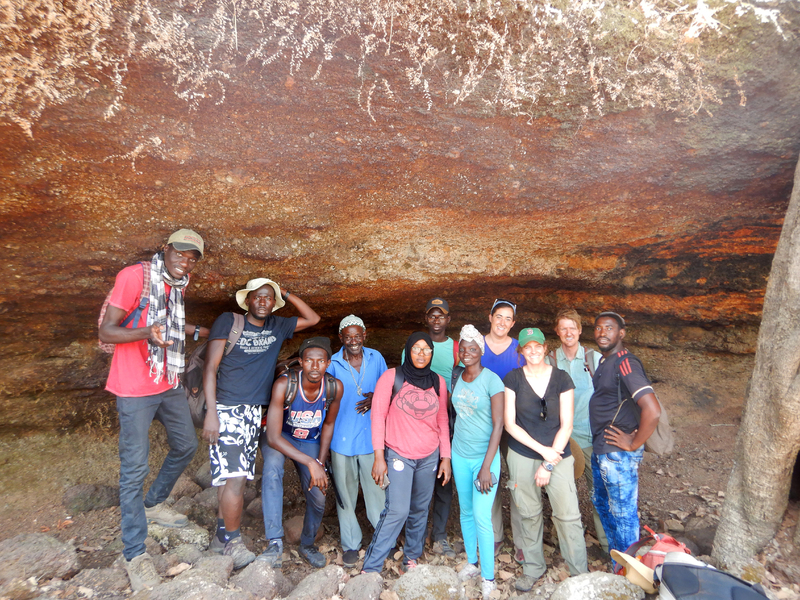 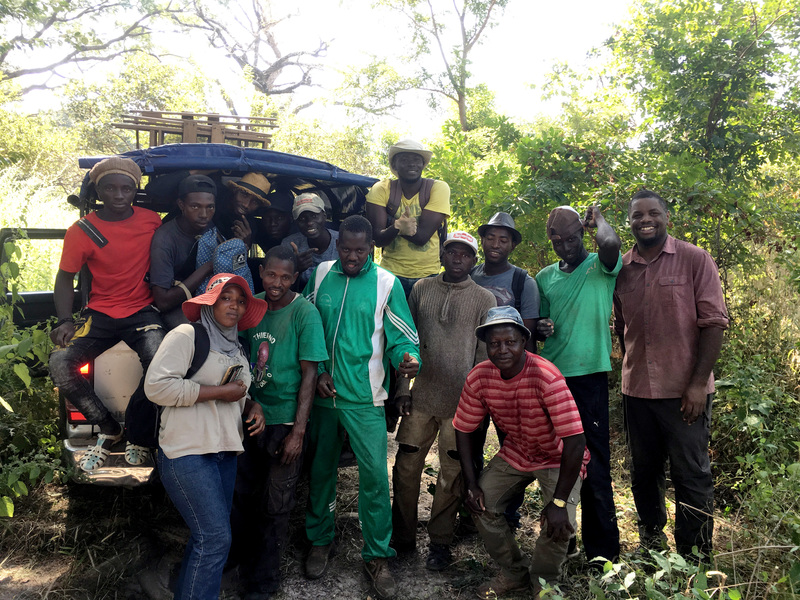 Beginning in 2022, Matthew Kroot (Arizona State University) will take over the directorship of this project…