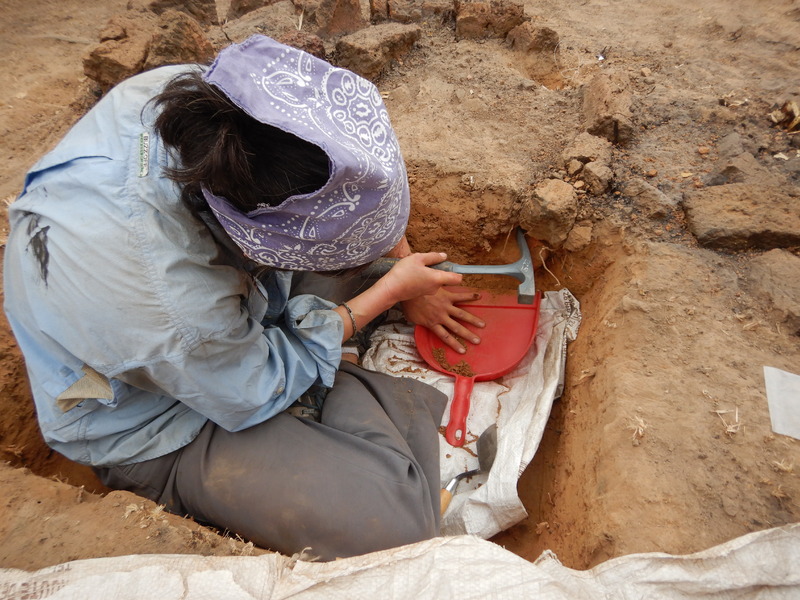 When did people settle or make use of the archaeological sites found across Upper Gambia? Although oral histories and pottery sherds give us clues about the relative order of sites (older vs. younger), we rely on several methods for establishing their calendar dates. For some village sites settled in the past two or three centuries, we can use historical sources and index artifacts—objects such as European glass beads or iron nails with a known date of manufacture—to determine when they were occupied.

Because most sites in Upper Gambia lack these historical references and artifacts, we also use three techniques to directly date archaeological finds and their associated soil layers. Radiocarbon dating, for example, can determine the age of charcoal based on the known decay rate of carbon-14 in organic materials. Thermoluminescence (TL) and Optically-Stimulated Luminescence (OSL) can estimate the dates for pottery sherds and soil layers based on the last exposure of their crystalline minerals, such as quartz, to heat or sunlight. These latter techniques require precise measurements of the background radiation at each archaeological site, which we gather from soil samples and small capsules (dosimeters) placed in the ground for more than a year.

Due to the recent occupation and shallow depth of most sites in Upper Gambia, our use of radiocarbon dating, undertaken by the University of Arizona AMS Lab, has been limited to the charcoal from one iron-smelting site found to be more than 1000 years old. Led by Dana Drake Rosenstein, an archaeological dating specialist from the University of Arizona, we have focused our efforts on collecting pottery and iron furnace fragments for TL dating at the University of Washington Luminescence Dating Lab. Although we currently await the analysis of dosimeters associated with these samples, our preliminary results suggest that TL may be useful for dating other recent, shallow sites across West Africa. 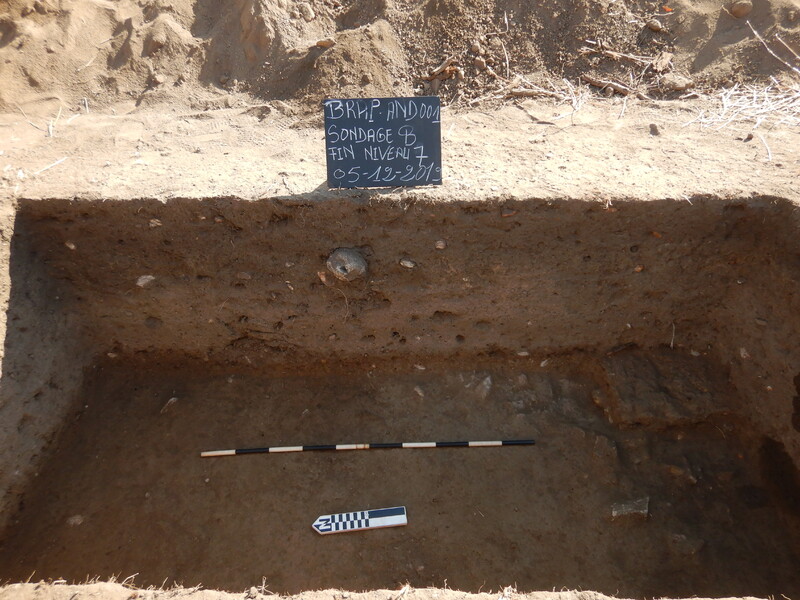 The layering (stratigraphy) of these sediments can reveal the relative timing of events at the site Andiel (BRAP-001): the upper layer is more recent than the lower one. 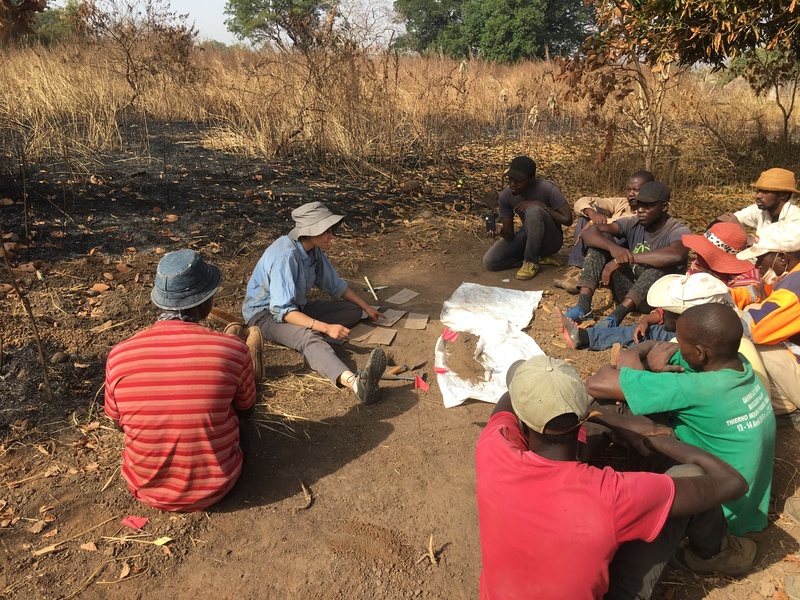