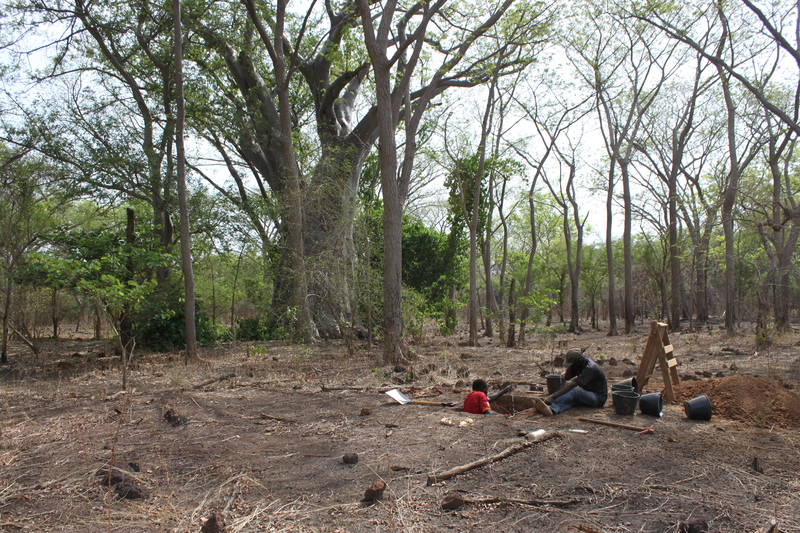 Although the village of Tenkoto today has a diverse population drawn to local farmland and the prospect of gold mining, the first settlers were Malinke families displaced by the formation of the Niokolo Koba national park in the 1950s. Oral histories attest to the long Malinke occupation of this region, beginning several centuries ago with the ancestral village of Djikoye and culminating with epic battles to repel Alfa Yaya and Peul slave-raiders from Futa Jallon in the 19th century.

Given the sensitivity of doing archaeology in a gold-mining region, we focused research in 2016 on three sites approved by descendant Malinke families in Tenkoto. The village Djikoye, dated to the 16-19th centuries, has possible evidence for a small earthen fortification (tata) around the central precinct, and two nearby iron furnaces remembered in oral histories as the “armory” for defense against slave-raiders. The lack of such defenses at the neighboring hamlet of Heramakonon lends support to accounts of Djikoye as the center of a regional confederation of Malinke villages. Meanwhile, the site of Yoro Moussou features a laterite brick wall but almost no artifacts, suggesting that by the late-19th century Malinke villagers were building refuges to protect themselves from Alfa Yaya and other invaders. 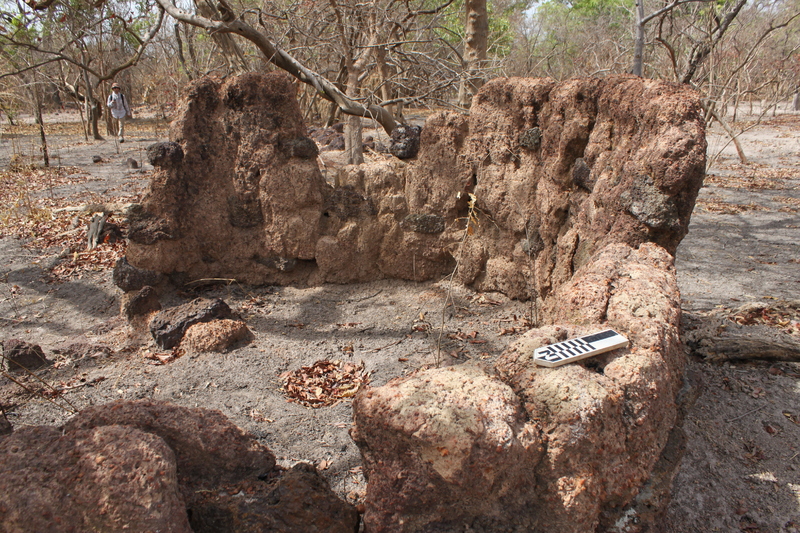