Expansion of the QFS

Going into the ninth annual run of the QFS, from 2008, a new significant change occurred: the introduction of Dr. David Orvis to the project. Dr. Orvis, from ASU’s English department, was the first major addition to the roster of organizers since Dr. Gravett left and Dr. Ehnenn joined as co-organizer. This would not, however, be the last change to the organization staff of the series. Dr. Sushmita Chatterjee - Director of Gender, Women’s, and Sexuality Studies in the Department of Interdisciplinary Studies at Appalachian State University - would join in 2010, and both her and Dr. Orvis would continue to work with the QFS for several years.
This impressive roster of staff brought together ASU’s departments of English, Religion and Philosophy, and Interdisciplinary Studies into a single project. There was, of course, a relevant connection between the various professors who worked together to organize the QFS: each had a strong connection to academic queer theory in their research and publications. This core connection hits at part of what made the QFS important as a piece of ASU’s history; the QFS was theory in practice. The QFS was an outreach from academia to the students, to the community at its core, to foster egalitarianism, acceptance, and understanding of a large variety of identities along lines of gender, sexuality, and race. Once again, this mission can be seen in practice by examining the film lists given on the QFS programs, which have been preserved as various flyers in this digital collection. 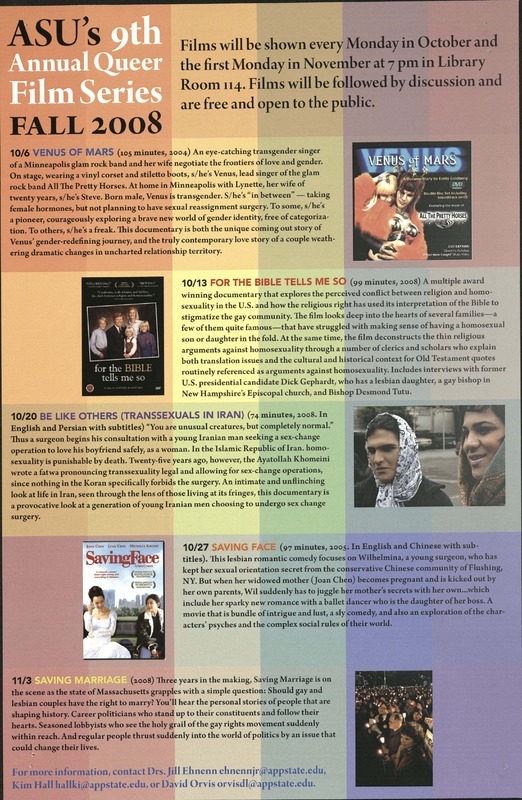 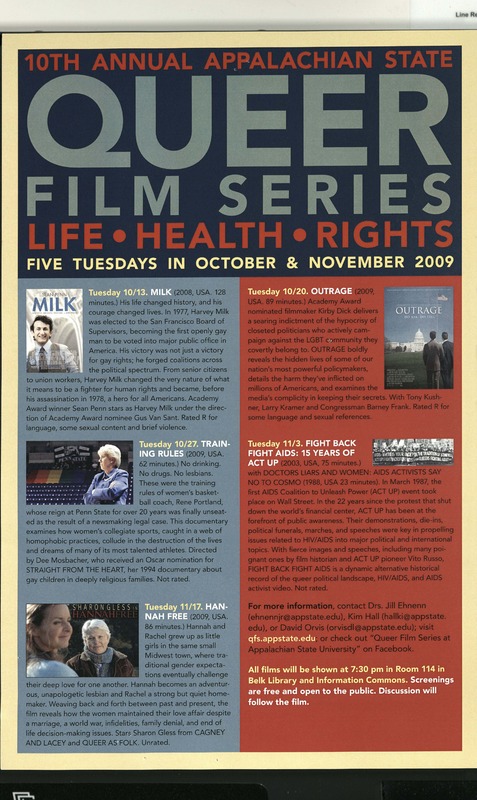 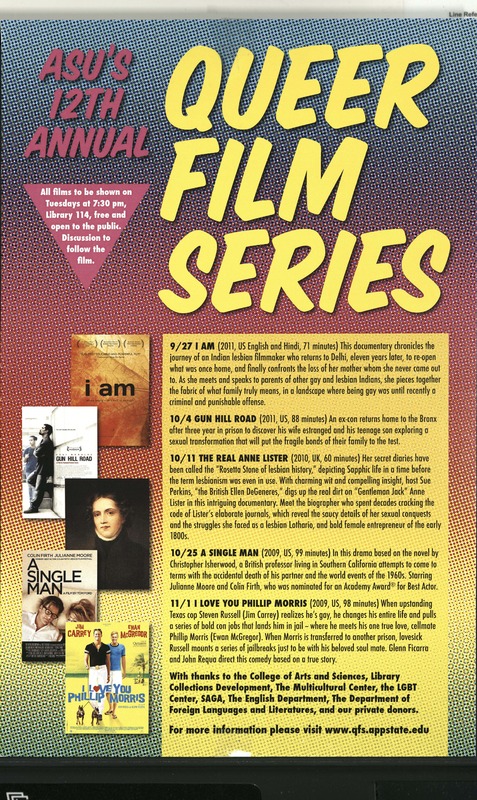 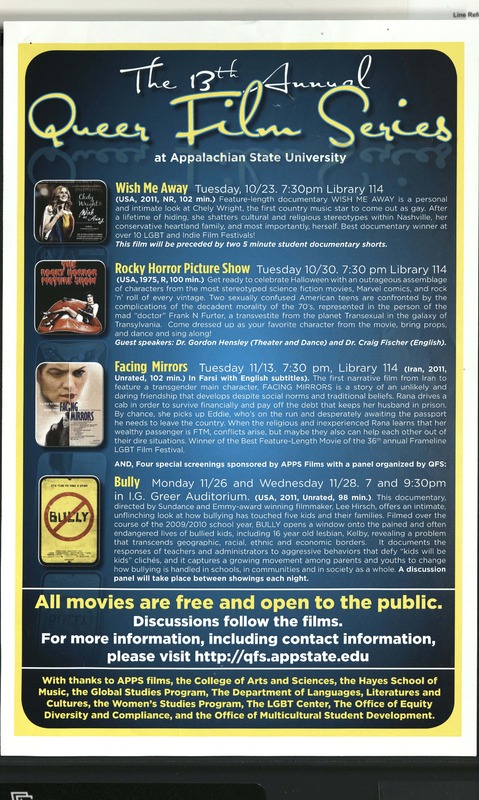